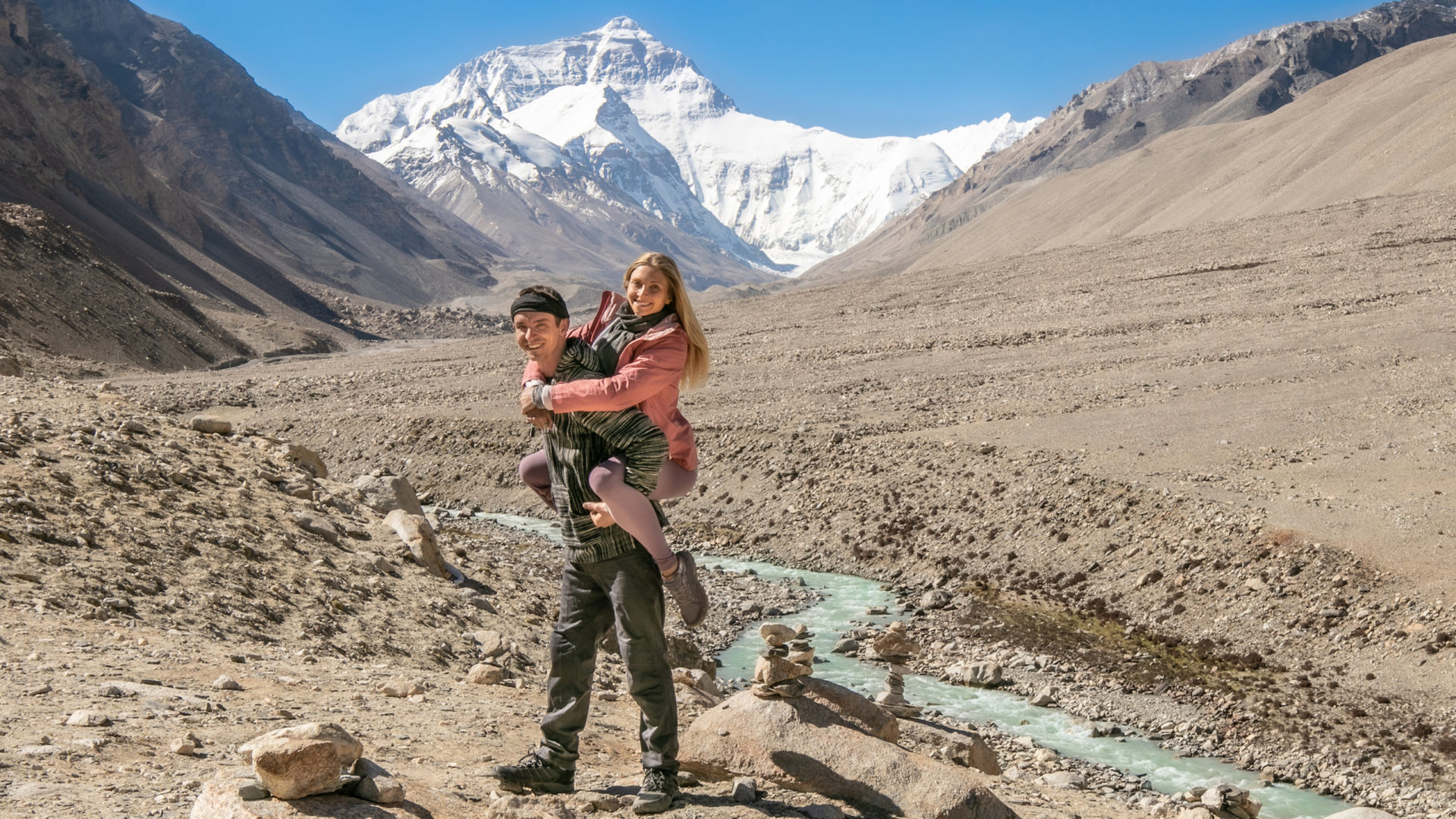 By Boho BeautifulAugust 22, 2019No Comments

The Tibetan Everest base camp was a double-edged sword.

So beautiful, and an incredible opportunity, memory, and experience in all ways.

But also astounding in its gift of contrasting unexpected perspective.

Don’t get us wrong. It was thrilling to go.

But we never could have anticipated the shadow of the mountain. 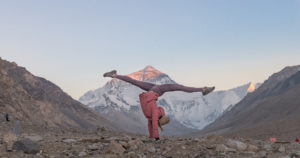 In Tibet you now can only be bussed up to Everest base camp (Chinese rule) so most tourists come for the “triumphant” pic and then leave that day.

As you can see from the photo, it was exhilarating and SO special when we woke up the morning after arriving to find the entire place to ourselves.

We shot a few meditation videos and took photos that we will cherish forever.

We breathed with difficulty through oxygen canisters, into our half-capable lungs.

We will always thank our lucky stars for such a uniquely beautiful moment in time….

But soon enough, hearing the story of the Chinese government moving base camp 5 kilometres down the mountain to the monastery, because of too much tourist trash… started our minds off on an unexpected path. 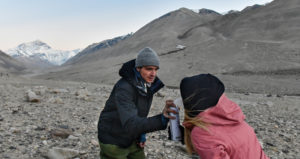 And then to also hear that this move happened suspiciously right after an incident where American tourists flew the banished Tibetan flag on the side of another mountain somewhere nearby (a grave mistake that landed their tour guides ‘disappeared'/imprisoned).

What more is that government seemed to aggressively respond to the incident with heightened foreign travel restrictions, more military checkpoints, and a new drastically contained military monitored area for foreigners to observe Everest from.

Being there felt like a strange sort of aquarium of sorts.

One to watch the mountain from, while all the while being watched yourself.

Like a two-way mirror in a wild and beautiful psych ward… all the while being warned incessantly not to try anything funny.

This isn't far off course though for Tibet's occupied 2nd half of the 20th century.

It’s right out of the playbook of 60 years of hanging flags on every light post, commandeering control of an entire religious organization after nearly wiping it out, and reminding the world constantly that it's “a peaceful occupation” in an “autonomous” region.

And of course, never speaking of the millions of unarmed Tibetans who died in the transition to “peace” and “economic liberation”, or that its current citizens have and never will be allowed to cross their own border into any foreign land again.

You can learn more all about this, here. In fact, please do so.

It's no longer common knowledge really. Which is surprising and sad at the same time.

But even beyond the uncomfortable political grip, our seclusion amidst such wild beauty was also matched with another eerie feeling. 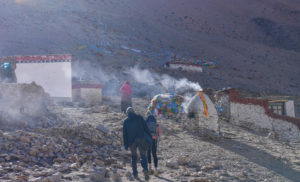 Boho Beautiful At Base Camp Everest

While in Tibet you are constantly surrounded by opportunities to experience natural sacred places of beautiful landscape which are some of mother nature's most breathtaking artistic creations.

Tibet is referred to as the ceiling of the planet…  as it's by far the highest possible place you can travel on earth.

And so many of it's most beautiful spots have so much spiritual, historic, and religious significance to Tibetans and many different faiths abroad.

It’s almost as though an external magic surrounds the land, causing visitors to naturally expand internally.

Everest on the other hand…

When we asked about its story, is nothing more than a story of it being the biggest, the highest, the hardest.

Unlike the other choras or pilgrimages in Tibet, this mountain summons people only to witness mother nature’s ability to create something so massive… and to conquer it.

And then it immediately hit us, this was why we were there too.

This helped us to understand that following the crowd doesn’t always come with great reward or meaning.

Sometimes it just comes with being able to tell others you did it or saw it, and not much more.

Cause it too helped us question so much of our selves and our motives and intention for everywhere we go and their reasons.

That was an unexpected gift.

The motivation of being able to tell others you ‘did something’ or ‘saw a thing’, is empty.

And as I write this post, I even feel the irony creeping in, telling you we were there in the first place.

There is hypocrisy and irony in almost everything if you look close enough. sigh* 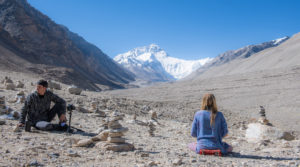 Finally on this journey of understanding, we learned that the climb up the Tibetan side of Everest takes many more lives than the Nepali side.

So while exploring this empty feeling which had so far permeated our experience, we saw this extended.

Through a solemn silence, which had been quietly present since our arrival. A flat, lifeless energy. In the air.

We connected this silence with all the lives taken too early…

We saw how the risk for each loss was completely voluntary.

Even at that altitude, we too were risking our hearts.

For the check mark, and belt notch. The years to come, the moments with loved ones, the gift of life, risked.

And if lost, what would it have been for?

So many mixed feelings.

So many thoughts to meditate on, for a long time to come.

Thank you for the gifts Everest. We will never forget. 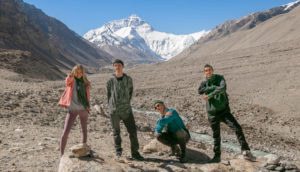 (P.S You can read about a few more of our travel journeys; an eco-amazon adventure, and meeting the Dalai Lama, here.)